My wife Julie and I love going to movies. The first movie we saw together was the original Star Wars. During our years in grad school we couldn’t afford to eat out at restaurants or attend concerts. However, we found that student discounts at movie theaters combined with matinee prices often made it possible for us to see two movies on a Saturday afternoon for less than the price of a regular ticket. We became true moviephiles! We’ve seen nine of the 10 films nominated for Best Picture at this Sunday’s Academy Awards show. Here are my thoughts on the nine we have seen and a few predictions on the Oscar winners. 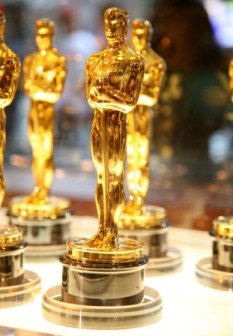 Black Swan. This was a fascinating study of a dancer’s descent into madness. Natalie Portman’s performance was brilliant. Her portrayal of a ballerina’s fight for perfection was amazing. Her character, in order to play the central role in the ballet Swan Lake, must learn to embrace her own dark side. This is not an easy thing for anyone to do. However, as I have said in the pulpit, the line between good and evil runs through every heart. Her inability to recognize the difference between reality and fantasy leads to the shocking conclusion of the film. This is not for the faint of heart.

The Fighter. This was my favorite movie on the Best Picture list. It is the true story of a boxer whose family is messier than his face after a nine-round thumping. At its heart this is a tale of a family’s dysfunction and the lead character’s desire to move out of the troubled clan toward the opportunities that are before him. Christian Bale, who plays the drug addicted brother of the fighter, should win the Oscar for Supporting Actor.

Inception. If you like video games or dream interpretation you’ll love this flick. Leonardo DiCaprio plays a spy, of sorts. He invades people’s dreams in order to discover corporate or personal secrets. This was what Julie and I call a “pie movie.” When a movie causes us to ask questions about the meaning of life, we go looking for a piece of pie and a cup of coffee so we can enjoy a little comfort food while we ponder the meaning of it all.

The Kids Are All Right. A few years ago this might have been considered a very controversial movie because it is the story of a lesbian couple and their children who were fathered by an anonymous donor. Today, it came across as a light-hearted comedy/drama about the difficulty of maintaining a family and a love relationship between the parents. Yes, the title is correct; the kids are all right but mom and mom needed some serious help. This tale of a family’s struggles with trust, love, kindness, grace and forgiveness will ring true in any family that has had to deal with similar issues.

The King’s Speech. I believe this will win Best Picture and it should. Colin Firth will (I’m certain!) win the Best Actor award. If you see only one movie this year, this is the one. This story of King George the XI’s unlikely ascent to the throne of England is one of the most courageous tales you will ever encounter. Geoffrey Rush, playing the King’s speech therapist, was brilliant. I would not be surprised if he wins the Oscar for Supporting Actor. A true masterpiece of filmmaking.

127 Hours. The only film we have yet to see. I understand from some of my movie-going friends that it is powerful but not easy to watch. It is on our rental list, for sure!

The Social Network. I am the only one in our family who really enjoyed this one. Julie thought it was OK. Steven thought it was dull and Nate didn’t even finish watching it. I found it fascinating. The movie is about the founding and beginning of the now ubiquitous social networking site, Facebook. More than that, it is the story of a lonely (and sadly, obnoxious) college boy and his desire for a relationship that matters. The end of the movie seems to be saying that all any of us ever want is a hand to hold, a friend to enjoy, a life to love. As we say in my biz, “that’ll preach.”

Toy Story 3. My boys told me, before I had seen it, that this would be nominated for best picture. I said, “No way.” Then Julie and I went to see it. I came home and said to my kids, “Wow. Great film. And I’ll bet you are right.” This sweet take on the changes and transitions that inevitably happen in life will leave your eyes filled with tears. The scene where the toys are descending (we think) into the destructive flames of a junk yard’s incinerator is the most touching moment in any movie I have seen in years. Christian and Buddhist theology is at work throughout this serious and hilarious look at the seasons of life. Be sure to bring your hankies.

True Grit. I really enjoyed the original version of this one and the remake was just as good, if not better! Julie says that no one, not even Jeff Bridges, can live up to John Wayne’s portrayal of Rooster Cogburn but I thought the acting and filmmaking were all superior to The Duke’s movie. I hope this marks the return of more Westerns!

Winter’s Bone. The most difficult film to watch on the list. A young teen age girl fights to save her family’s home after her meth-making father goes missing. You won’t laugh or cry in this one but you will be amazed by the true grit (pun intended) that this young woman demonstrates in her desire to keep her siblings safe.