We began the day with a delicious breakfast and started off toward Jucuapa, a small, remote community about 14 kilometers from Matagalpa. Before we left the city we stopped at the ministry of health (MINSA) to pick up our doctor and two nurses (enfermeras) that would be working with us throughout the day and providing PaP tests. We stopped to pick up some supplies and headed to Jucuapa. 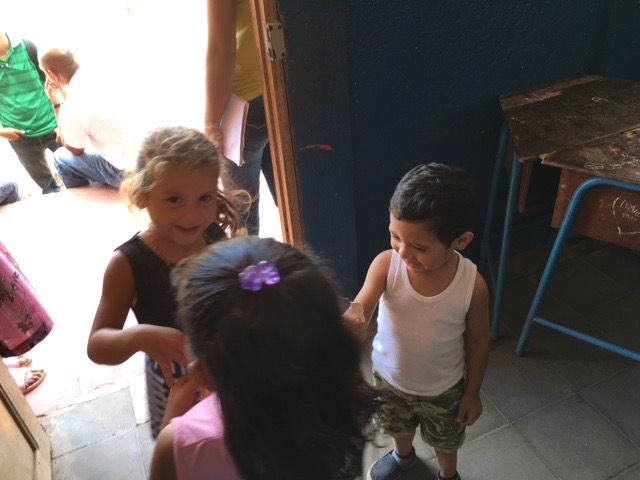 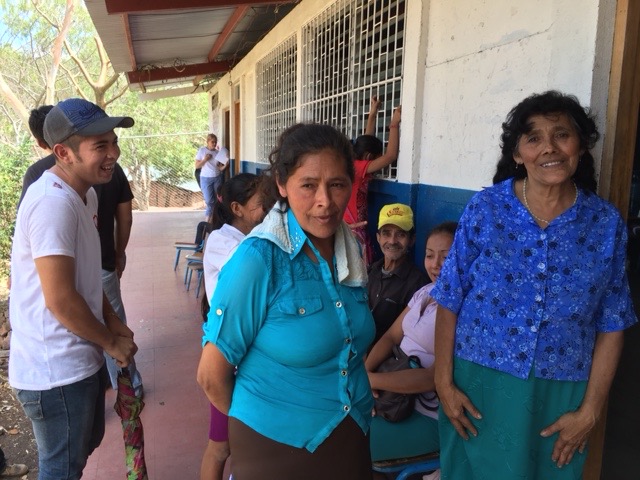 We arrived and found about 40 people already standing in line for the clinic, which was set up in the community school. After about 15 minutes of organizing the pharmacy and delegating roles, we were able to see our first patients. Doug and Anne handled intake and vital signs and directed the patients to the waiting area. Our Nicaraguan doctor saw the patients in makeshift exam rooms, separated by tarps. After she would prescribe the treatment, our runners, Karen and Lori, would run the prescription to our pharmacist, Betsy. Throughout the whole process, Luiz translated.

Overall, we were very busy during the morning due to the fact that a group from a neighboring village had come a long way to the clinic and would need to leave to catch the only bus back at 1. We pushed back our lunch hour to accommodate the patients and then gave them a ride to the bus stop on our way. They were very grateful for the medical attention and home health kits.

One of the community members, Antonia, prepared a delicious lunch for us, including homemade tortillas. Even with owning so little, the hospitality of the villagers continues to be a true inspiration. After lunch we checked in on the construction crew before heading back to clinic.

The construction crew is working on a building for the community to use as a central gathering place and for community leadership meetings. Specifically, the crew was working with native volunteers, digging footings for the building, which is set on the side of a hill at a very steep incline.

Frequently, workers on the higher ground would dig up rocks and dirt, only for debris to roll down the hill into the ditches being dug by the workers farther down the hill. Frustrating, to be sure. Also, they prepared rebar for the columns of the building. They worked very, very hard. 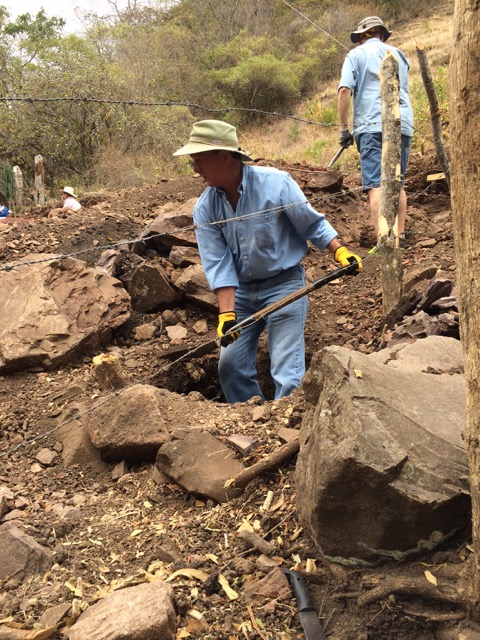 In the clinic during the afternoon we met with an old woman, who had been seen in the North Carolina clinic the week before. They had treated and dressed a wound on her ankle for several days with some noted improvement. The woman came by to have her wound cleaned, checked and redressed. We washed her wound with soap into a plastic bag basin and rinsed and dressed it. She was very thankful after receiving some pain medication and we asked her to return tomorrow for her next wound check.

We saw lots of children with coughs, colds and parasites. I personally was frequently shocked to hear the children’s ages, usually guessing them much younger based on their appearance and size. It’s obvious that malnutrition is a problem here, and our multivitamin kits meet a critical need.

We also saw a man who stated he was going blind and was unsure why. Although our Doctor wasn’t able to determine the cause, she was able to refer him to an ophthalmologist in town who would be able to examine him further. We are looking into ways to finding him transportation, since most people cannot afford the bus fare needed to get into the towns where the specialists are. 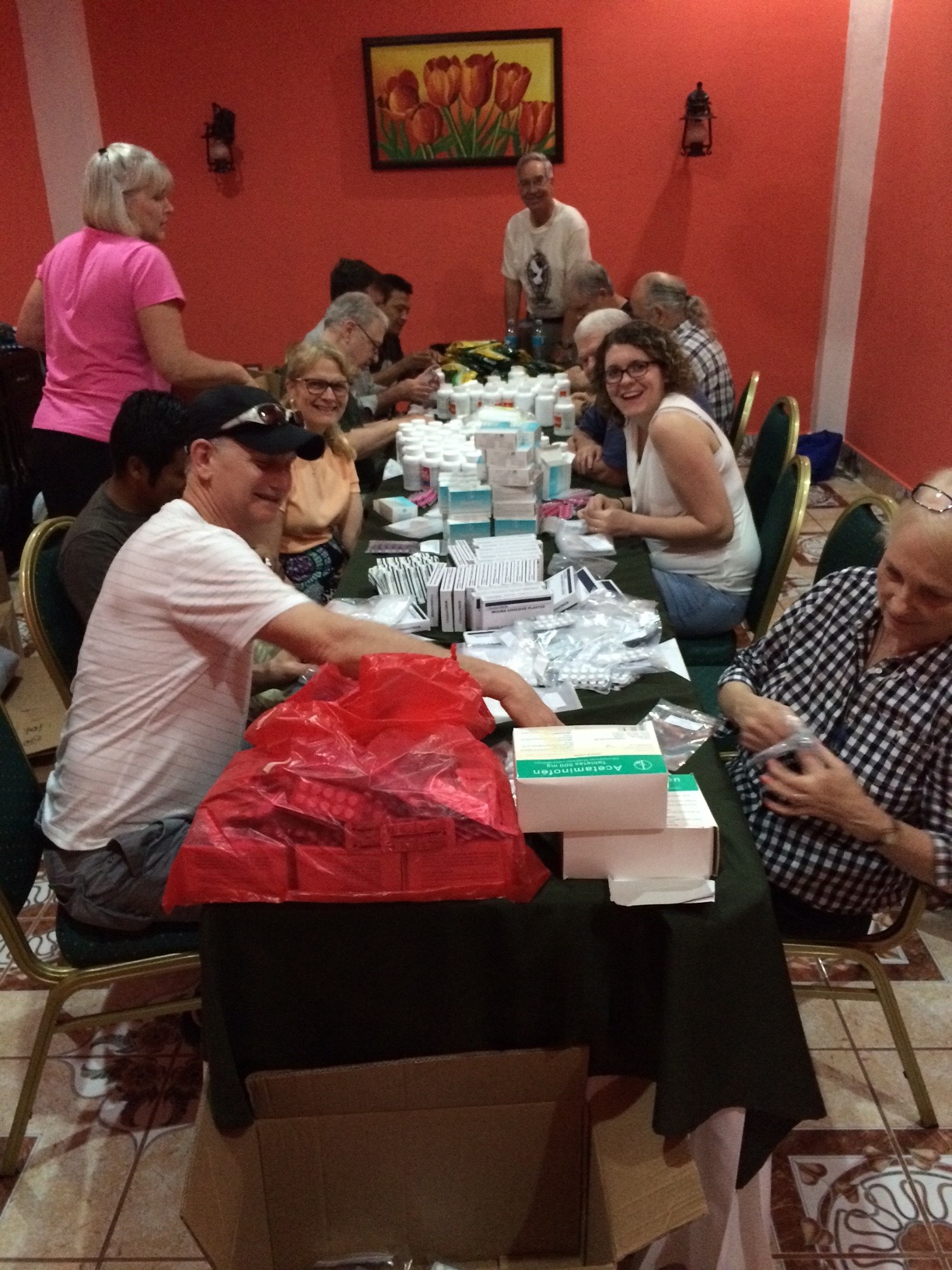 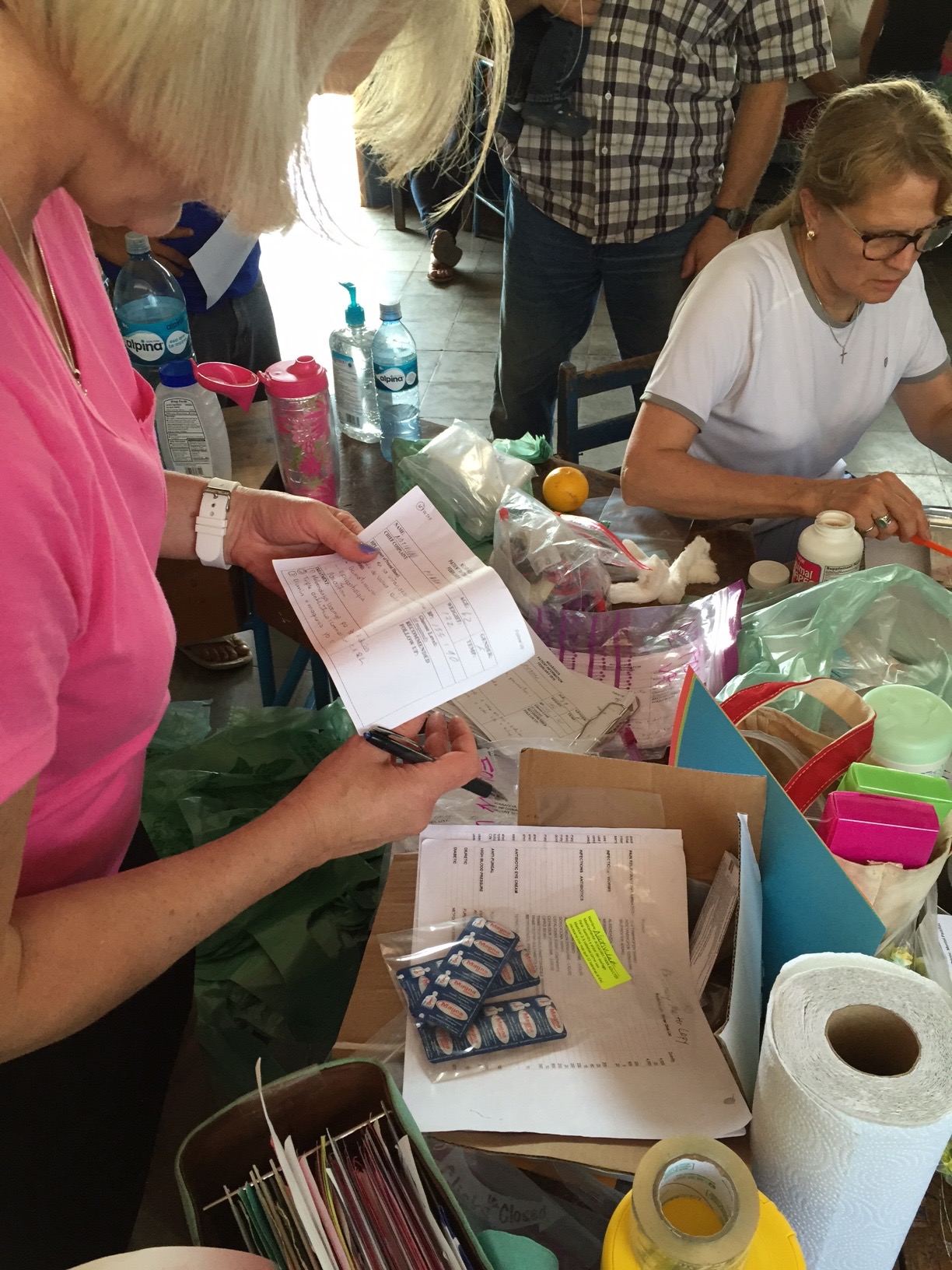 Overall, we had a great first day. We spent an hour after dinner assembling 160 more home health kits and prepping for 150 more.
Please pray that we would keep up our energy and motivation for 4 more days of hard work. The people here deserve our very best.