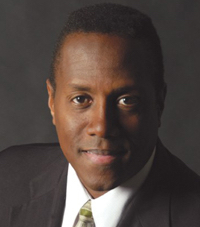 In the past I have used this space to discuss musical ideas. My hope has been that our mutual understanding of how we approach the choice and execution of music in the service would produce a more effective worship environment. In this column, I would like to deal with the subject of our response to musical offerings in the service.

In the secular world, musicians and listeners alike have become accustomed to hearing applause after every musical rendition. The act is undoubtedly one of showing appreciation for the work done by the musician, or a way of saying thanks for the musical performance. And here, the word “performance” becomes our point of focus. Most of us instinctively do not offer applause in certain situations. For example, we do not applaud after a musical presentation in a memorial service, or other overtly solemn occasions. We accept that in those moments applause would disrupt the solemnity of the service. I would like to suggest that the Sunday morning worship is another such time.

Most experienced musicians know the difference between participating in a worship service and performing on the concert stage. We learn the difference through experience and practice. In fact, even in the concert hall, the most dramatic response to a performance is one of sustained silence following the rendition. The musician understands this response as the audience’s unwillingness to disrupt the mood with clapping. Worship at its best, I believe, will be a time where an environment of reverence, solemnity, and joy is nurtured. The smooth flow of the service, with each presentation serving to advance the message, might be a way to maintain the mood, rather than treating each item as its own performance.

There is a way to keep our focus on connection with the holy and to show appreciation for the musical performances, also. Our ministers have tried, in the past, to encourage that we wait until the end of the service to show our appreciation. This approach may be the most effective way of doing fostering the mood for the service, and still allowing the congregation to show their appreciation.
We look forward to continued conversations with clergy, staff, and the congregation as we work together to reinvigorate our worship.