Something shifted within me. I saw something beyond what I was seeing. The adorable children were singing on the front steps of the church. There were 13 voices. They captured each note in a way that conveyed the meaning of the lyrics. Their eyes focused Alex as he directed. Their smiles melted me as they finished singing.

There is nothing quite like that night. The sanctuary goes dark and one candle is lit, until the room radiates a holy light. When the gathered community sings Silent Night on that candlelit night, even the biggest skeptic can believe.

After we stuffed ourselves with corn bread dressing, oyster dressing, turkey and sweet potatoes with browned marshmallows on top served on aunt Millie’s Franciscan Apple china, we lingered at the elegant dinning room table for hours telling stories and laughing. After the sun set, Dad said we were leaving but then Millie made turkey/cream cheese/cranberry sandwiches and we began the two-hour goodbye until finally we pulled out of the driveway, aunt Millie standing there waving until we were out of sigh

As you eat the last “fun size” snickers, take down the spider webs from the shrubs and store the goblin costumes away, your mind might drift towards the Thanksgiving and Christmas gatherings on the horizon.  And these celebrations can arouse anxiety and dread.

Do you remember that show “myth busters”?  They would take a common belief that we hold and dispel it with the actual truth. Well last Monday, as Dave and I hosted a dessert gathering for the most recent new members of our church, I had a few myths busted.

My friend started coming to church and sitting on the back row. It was a rough patch in his life. He liked the music, the silence, the encouraging words from the preacher. But he never spoke to anyone, slipping out before the final hymn.

Install. The goal of the day was installation. Men were coming to install a new dishwasher in the morning, a new washing machine in the afternoon. Maybe the garage door installer would also show up to give us a bid. When the green and white truck pulled out of the driveway before noon, we were smiling and enjoying hearing the quiet hum of the new dishwasher. Then I turned on the kitchen faucet and no water came out. Something in the installation had gone terribly wrong.

I am intrigued by the phrase “spiritual millionaire.” The phrase jumped off the page at me as I was re-reading the autobiography of one of the great spiritual leaders of the 20th century, Thomas Merton, called The Seven Story Mountain.

How is a Christian to respond to shouts of white supremacy and anti-semitic slogans? And how can we hold fast to our conviction to “love neighbor as self” without escalating the conflict?

I am writing to you from the monastery in Atchison where 125 Benedictine nuns are eagerly awaiting 600 guests who are coming to watch the full solar eclipse. An astronomer from the Vatican will be here to speak and they are serving hot dogs on the lawn. One nun giggled as she pictured people stopping on the highway to see the moment that hasn’t happened for 99 years and will not happen here again in our lifetimes.

Maybe you and I want more than a strong and thriving church. Maybe what we are asking is how to be an extraordinary church. We’d like to be more than a collection of folks with similar values who love God. What we really envision is becoming a community where the spirit of God dwells.

I had never been to Kansas City. A vivacious and beautiful young single woman in a brown Oldsmobile sedan picked me up from the airport. The next thing I knew I was seated at a restaurant on the Plaza and there was a large Texas state flag hanging on the wall behind our table. For two days I met with various committees from the church. They packed a lot of the saints onto those committees.

Rev. Carla Aday will be installed at Country Club Christian Church’s new Senior Minister on Sun., Sept. 24. There will be one service only that day, at 10:30 a.m., followed by a reception. 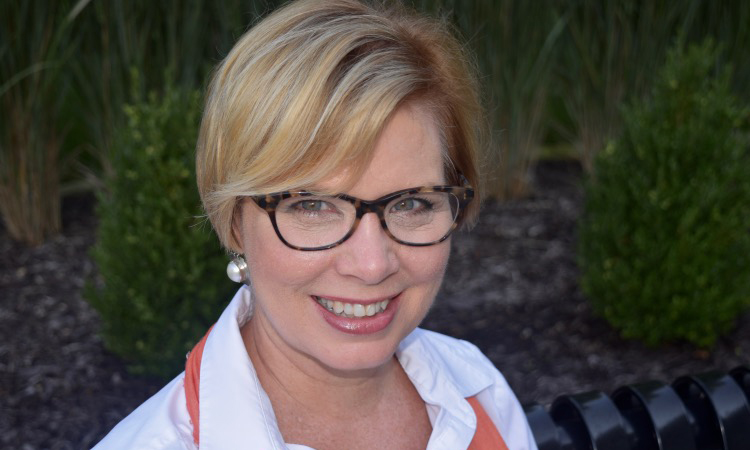 I heard giggles. It was dark and I wasn’t sure who was behind me. We had departed the crackling campfire and were traversing the starlit path back to our lodge. “What is it?” I asked, not wanting to miss out on a good joke. And then these two young …

END_OF_DOCUMENT_TOKEN_TO_BE_REPLACED

Listen to Rev. Carla Aday’s sermon, “Yes Jesus, But…” from Sun., Sept. 4. In this sermon Carla recounts her experiences volunteering at the Mediterranean Hope, an Italian humanitarian organization. Dr. Glen Miles recommends this sermon as one of the best he’s ever heard.