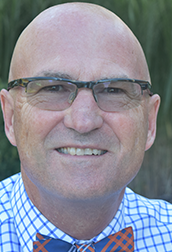 Clarence Jordan was a farmer. Clarence Jordan was a New Testament Greek scholar. Clarence Jordan was a Southern Baptist minister and social activist. Clearly, he was not your ordinary kind of farmer. Here are a few basics about his life: His last name is pronounced Jurdan, which is important if in a conversation with others you want to demonstrate you know what you’re talking about. He was born in 1912, in a small rural town in Georgia. Even as a kid, racism and poverty got under his skin. He enrolled in the University of Georgia, majoring in agriculture so that he might help sharecroppers who often struggled to make ends meet. While still in college, he began to realize the problems in society were not just economic but spiritual. So, he enrolled in seminary, earning not just the standard ministerial degree (the Master of Divinity) but a PhD in the Greek New Testament. In 1942, he and his wife along with another couple who had been American Baptist missionaries started Koinonia Farm in Americus, Georgia. The farm would be interracial, committed to social justice, especially racism in the deep south. Later in life, along with Millard and Linda Fuller, the Jordans helped to start Habitat for Humanity.

I had not thought about Clarence Jordan in a while, not until my good friend David May told me about a project he was considering, finishing Jordan’s translation of the Gospel of John. Here’s the backstory: In the late 1960s, Jordan turned his attention to activism of another kind, translating the New Testament from Greek into the colloquialism of the south, the Cotton Patch translation as it came to be known. Paul’s letter to the Ephesians became “The Letter to the Christians in Birmingham.” Romans became Washington, D.C., the seat of power. Jerusalem became Atlanta. And where the New Testament speaks of tensions over accepting Gentiles, Jordan substituted Negro. Crucifixion became lynching.

While my colleague is attempting to finish the Gospel of John, it is a passage in Luke’s Gospel that is perhaps best known, both in standard translations of the Bible and the Cotton Patch version. It is Jesus’ parable of the Good Samaritan. Given our current focus on systemic racism, I thought I might offer it here. Instead of a lawyer testing Jesus, it’s a teacher of an adult Bible class who asks the question, “Who is my neighbor?” The parable follows:

Then Jesus laid into him and said, “A man was going from Atlanta to Albany and some gangsters held him up. When they had robbed him of his wallet and brand-new suit, they beat him up and drove off in his car, leaving him unconscious on the shoulder of the highway. Now it just so happened that a white preacher was going down that same highway. When he saw the fellow, he stepped on the gas and went scooting by. Shortly afterwards a white Gospel song leader came down the road, and when he saw what had happened, he too stepped on the gas. Then, a black man traveling that way came upon the fellow, and what he saw moved him to tears. He stopped and bound up his wounds as best he could, drew some water from his water-jug to wipe away the blood and then laid him on the back seat. He drove on into Albany and took him to the hospital and said to the nurse, ‘You all take good care of this white man I found on the Highway. Here’s the only two dollars I got, but you all keep account of what he owes, and if he can’t pay it, I’ll settle up with you when I make a pay-day.’

“Now if you had been the man held up by the gangsters, which of these three—the white preacher, the white song leader, or the black man—would you consider to have been your neighbor?” The teacher of the adult Bible class said, “Why, of course, the nig—I mean, er … well, er … the one who treated me kindly.” Jesus said, “Well, then, you get going and start living like that!”