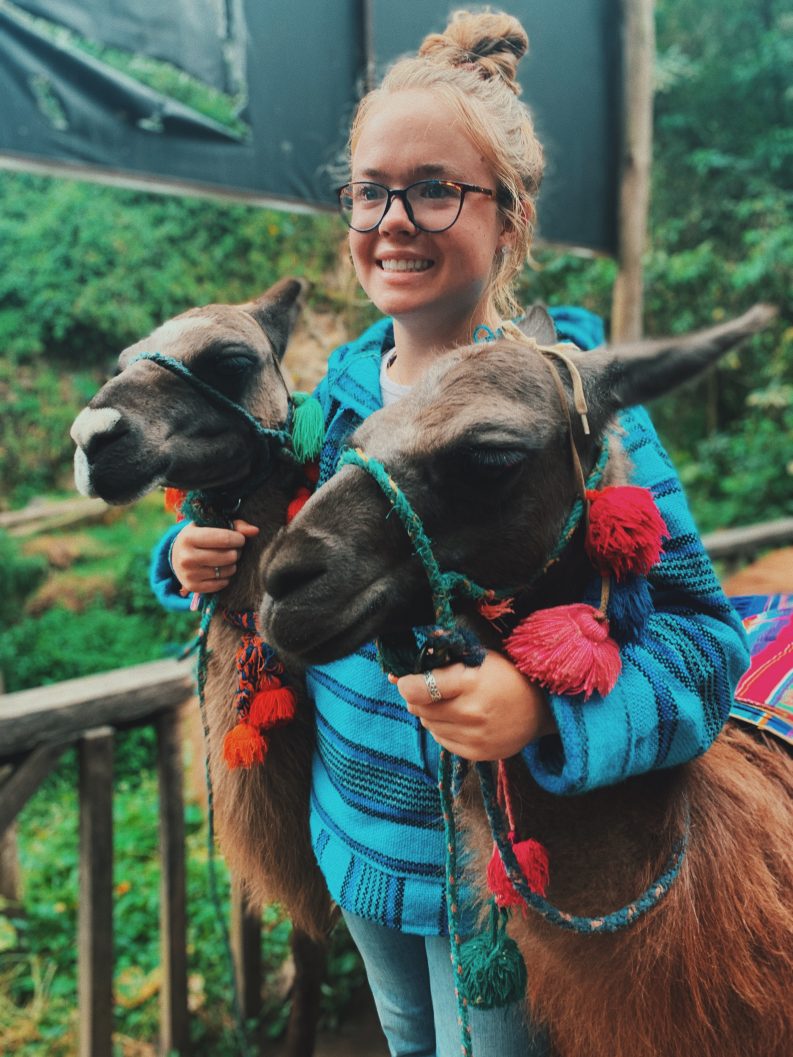 When I was told that we were meeting with some of the teens of the  village that we were working with, admittedly I was a bit nervous. I don’t really speak much Spanish, and I was worried that the encounter would be awkward and forced. To my pleasant surprise, the meeting was nothing but joyous and relaxed. The other teenagers could not have been more welcoming and kind. We got to know them through some light-hearted games and a follow up discussion where we asked one another questions. The room was filled with laughter and friendliness.

The next day, we finished up our work at the daycare. We were told that the children had a surprise of some sort for us as a thank you for the help that we had given. They started by singing and dancing, inviting us to join in. The leaders of the community then took turns giving us their thanks for working with them. They then proceeded to present us with handmade scarves made from alpaca wool and keychains that they had painted themselves. No one could contain their happiness, for the people of the village were so generous in showing their gratitude for us. After giving us so much, it was our turn to give our thanks to them for welcoming us so warmly and allowing us to work with them on such a special project. We presented the children with clothing made from the sewing group at our church. I will never forget the great joy on the children’s faces as they received their very own outfit.