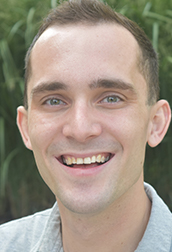 One of the most surprising personal revelations I had in seminary was how much I liked sci-fi. It began when I devoured the entirety of The X-Files series during my sparse free time and continued with films and shows like 2001: A Space Odyssey, Black Mirror, Jurassic Park, and Twin Peaks. While my knowledge about the science-fiction genre as a whole is still limited, it’s also sensible that this became a meaningful genre of film and television to me during my theological education.

A couple of weeks ago, I had the chance to preach on the “Second Coming” of Christ. I talked about how Christ is coming back all around us in those who are hungry, thirsty, and in need of welcome and hospitality (Matthew 25). I also talked about how I was raised believing that the Second Coming of Christ was something very different— instead of an ongoing reality, it was a future event yet-to-come. I grew up with the Left Behind movie and book series, a sort-of Christian take on sci-fi/fantasy that told a dramatic fictionalized story of Jesus’ Second Coming. The series represents what many Christians believe will actually happen: one day, Jesus will come back bringing supernatural signs and wonders, uniting all Christians with God and leaving all others to endure torment on earth until it is ultimately destroyed.

Much of the Biblical basis for beliefs about the second coming is from “apocalyptic literature” in the Bible, especially the book of Revelation. These narratives feature supernatural happenings and the ultimate fate of the world, often with dramatic elements like angels, demons, beasts, and plagues. They’re exciting, wacky, important, hard to understand, a bit like science fiction.

Science fiction uses impossible or not-yet-possible scenarios to tell a story about things that are real to us and our world now. I love X-Files because, amidst the stories about aliens and UFOs and other mysterious phenomena, it tells stories about the very real potentials and limits of human knowledge and belief. Similarly, apocalyptic literature in the Bible uses extravagant and supernatural narrative to tell the truth about things that were real to the people who were writing them— and things that are real to us now. The word “apocalypse” literally means something like “revealing” or “pulling back a curtain.”

We should read the book of Revelation, and other apocalyptic literature, not as a roadmap of specific events to come but instead as scripture that pulls back the curtain on a present reality. Barbara R. Rossing says that Revelation relies on “exaggerated imagery in order to heighten a sense of urgency and call readers to commitment and action.”

Next time you have some free time, pick up a Bible and read some of the book. It ends by describing “a new heaven and a new earth; for the first heaven and the first earth had passed away” (Revelation 21:1). God builds a holy city, making all things new, with no more death, tears, mourning, or pain. When we let these words pull back the curtain on today’s world, we see both a world plagued by pain and a world in which God is working to make all things now. We’re called to find firm belief in the hope that the pain of this world will not have the final say. We’re also called to join with God in the business of making all things new, creating a world with no more death, tears, mourning, or pain. These parts of the Bible aren’t fantastical, foolish myths, but are extravagant stories that show us our own reality more clearly and that lead us to enact God’s transforming love in the world, here and now.